Home Movies Get ready for these 80s sequels and remakes
Movies 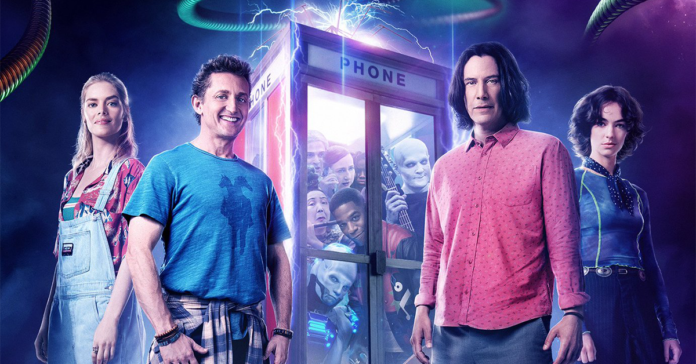 Sometime it seems like “remake” is one of Hollywood’s favorite words. Why invest in an unknown movie, when you can take a familiar title and setting and give them a fresh cast and updated script? The audience knows what they are getting and it’s much easier to market the new version. A simple case of risk aversion.

And if the stars align correctly and the actors are willing enough, you don’t really need a remake. You can gather the original movie cast and make a sequel, which for an 80s based franchise means watching the actors age 30 plus years from one title to the other.

Miami Vice, The A-Team, Predator, Karate Kid, Robocop, Terminator, Total Recall; when looking at some of our favorite 80s movies and TV shows, some of them already got a remake or a delayed sequel in the past decade and a half. A few were great (21 Jump Street), most of them were not (Point Break).

Still, Hollywood keeps on taking the old and trying to turn it into bright new, so in the short list below we picked a few of these upcoming remakes / sequels. Let’s just hope they will fare better than most of their kind.

Considered by many to be one of the best sci-fi books of all time, and the first of a series of several other titles, Frank Herbert’s Dune is a prime example of excellent world building and detailed characters. As such, it was already adapted into a film in 1984, a PC game in 1992 and a TV miniseries in 2000.

Dune can easily provide the building blocks for a Star Wars like series of movies in terms of universe settings, which apparently was what appealed most to Denis Villeneuve. The director, which is already responsible for one successful 80s related project with Blade Runner 2049, said in an interview he hopes that his version of Dune will be “Star Wars for adults.”

Dune should be released in December this year, depending of course on the Covid-19 status, and will feature Timothée Chalamet, Jason Isaacsand Jason Momoa, among others.

Bill and Ted Face the Music

William S. “Bill” Preston, Esq. and Theodore “Ted” Logan started their most excellent journey way back in 1989 with Bill & Ted’s Excellent Adventure, which was followed by Bill & Ted’s Bogus Journey two years later. Now, after 29 years, we get to meet them again, as well as their daughters(!), as they all embark on a time-traveling adventure.

And speaking of time, watching the trailers for the trilogy back to back, where Keanu and Alex put on 29 years in the time it takes the third trailer to load on Youtube, is pretty depressing. Don’t do that.

Disregarding any theatrical release again, the movie is about to get an on-demand release on September 1st.

35 years after he felt the need… the need for speed, Tom Cruise returns in next year’s Top Gun: Maverick. Naturally no Goose this time, but instead we get his son, portrayed by Miles Teller with the mandatory family moustache. Other than that, we revisit iconic scenes, such Tom Cruise riding a bike and a bunch of half naked guys playing a team sport on the beach. And much like the first movie, Top Gun: Maverick uses real aircraft in the aerial sequences, not CGI, and we have Tom Cruise to thank for it.

It has been said before, and this time it’s relevant than ever – Tom Cruise doesn’t seem to age. At least not by much. The guy 57 when filming took place and he looks at least 10 years younger than that. Good for him.

Say hello to my new reboot! The core story of Scarface, the nickname of Al Capone, was the inspiration for the 1932 film and the better known 1983 version starring Al Pacino and Michelle Pfeiffer.

Since 2011, Universal Pictures has been trying to push a reboot for the movie, and managed to get the Coen brothers to work on the script. In May this year, the studio annacoued Call Me By Your Name director, Luca Guadagnino, will lead the remake, which will be set in modern day Los Angeles.

Older folks, like ourselves, who have seen the ultra violent, cocaine saturated, 1983 movie numerous times, will have a hard time seeing anyone stepping into the role of Tony Montana. The movie was successful largely because of Al Pacino’s magnetic performance and we mean, come on, who’s gonna shout the famous catchphrase better than him?

“There can be only one!” might be its motto, but that didn’t stop Highlander from being the first among a series of five movies, starting in 1986 and ending in 2007’s Highlander: The Source. While the first movie shows 7.1 on IMDb, the rating for the subsequent instalments is less favorable, with all of them scoring 4.5 and less.

However, the appeal of a sword wielding, head chopping protagonist is not something to be ignored. Over the past decade, there were several attempts to reboot the Highlander franchise, but it is only in the past couple of years that the project has picked up traction. John Wick director Chad Stahelski has been involved in the reboot for some time now, and in June was quoted as saying the movie is “heavy development”.